Temples In And Around Dhanbad

Apart from being an industrial city and home of coal mines and various industries, Dhanbad is also dotted with religious places as people of this region believe a lot in god and nature. This city has several ancient temples which are popular among people for their devotional significance. Shakti Mandir, Kalyaneshwari Temple, Jagannath Temple, Lillori Sthan Mandir, Bhuiphor Mandir and Shiva temples of Jhinjhipahari are some of the most famous temples in Dhanbad. Numbers of visitors come to offer their prayers and get blessings in these temples from distant places.


Famous Temples in and Around Dhanbad 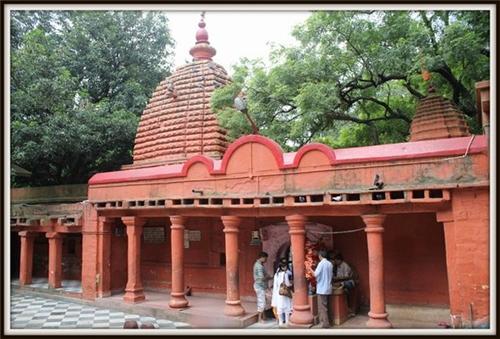 One of the most famous Hindu temples in Dhanbad, Kalyaneshwari Temple is located near left bank of Maithon Lake. It is an ancient temple which was built in 19th century and dedicated to Goddess Maa Kalyaneshwari, main deity of this temple. It is also popular as per folklores that name of this place ‘Maithon’ has been derived from the word ‘Maa-ka-than’ which literally means ‘Mother’s abode’ or ‘The Abode of Goddess’. This temple is much popular among locals and visitors and thousands of devotees visit this temple throughout the year. Some of the locals visit this temple daily to offer their prayers.

Shakti Mandir is another famous temple in Dhanbad. Located on Joraphatak road, just 2.9 km away from centre of the city, this temple is dedicated to Goddess Durga, form of Shakti. This temple is named after Maa Shakti, Goddess of Power. Shakti Mandir is far famed for its eternal flame or Akhand Jyoti which has been especially brought from the revered Jwaalaji shrines of Himachal Pradesh. Devotees come to offer prayers and get blessed here. On auspicious occasions and festivals like Dussehra, Navratri and Diwali, this temple is crowded with devotees. Apart from that every Tuesday and Friday, this temple throbs with devotees as it is believed that Maa Durga is revered on these days specially. One can easily reach Shakti Mandir by car, buses or auto rickshaws in Dhanbad.

Lillori Sthan Mandir is located on the bank of river Katri about 18.5 km away from Dhanbad in Lillori Sthan near Katras. It is one of the ancient temples in Dhanbad which is devoted to Goddess Kali and popular among people of this region. This temple is also famous as tourist attraction and numbers of devotees come here throughout the year. One can reach to this temple by auto rickshaws or buses from Dhanbad and local trains also stop on Katras railway station.

One of the most famous religious places in Dhanbad, Jagannath temple is located just 1 km away from Bank More on the left side of the road connecting Dhanbad city to Jharia. Jagannath Temple is named after lord Jagannath and much popular among people of this region and visitors as well. Lord Jagannath and Balbhadra and Goddess Subhadra are three main deities of this temple. ‘Car Festival’ or ‘Rath Yatra’ is the main attraction of this temple which is organized every year and celebrated with pomp and show. Devotees from various parts of the country come here to take part in Rath Yatra and offer their prayer to the deities. Being located near heart of the city, this temple is easily reachable and one can avail the local services of a cab, auto rickshaw or bus to visit the temple. 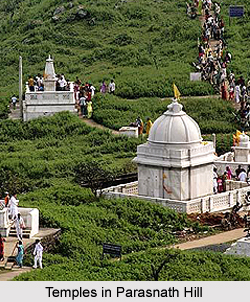 Parasnath Temple is one of the most famous temples around Dhanbad. It is located in Parasnath City at Parasnath hills and approx. 63 km far from Dhanbad. Parasnath Temple is much popular among tourists due to its devotional and historical importance. There are numbers of Jain temples present in Parasnath city and Parasnath temple is the prominent of them which is most famous as holy place among Jain people. Parasnath Hill, also known as Samved Shikhar having an elevation of 4480 feet is the tallest hill in Jharkhand region. According to Jainism scriptures, it is believed that almost 23 out of 24 Tirthankaras from both sects of Jainism, Digambar and Shwetambar have attained salvation on this hill. Parasnath Temple has good connectivity with Dhanbad and one can reach there by availing bus services.

Bhuiphor Mandir is another famous ancient temple located 6 km away from Dhanbad Railway station on NH-32 towards Govindpur. Dhanbad was formerly occupied by tribes and this temple is especially dedicated to the tribal god of land and earth. Thus, this temple is much popular among tribal people of this region and devotees from neighboring villages and towns of Dhanbad visit Bhuiphor Temple on auspicious days to perform special pujas. One can easily reach this temple by auto rickshaws or cabs from Dhanbad.

Pandweshwar Mahadev Temple is an ancient temple situated in Panra Village in Nirsa-cum-Chirkunda block of Dhanbad. This ancient temple is devoted to Lord Shiva and it is said that it was built by Hindu King in ancient times. Panra village is also famous for its historical significance. It is said that name of this village has been derived from Pandavas who had spent some time hiding in this village during their exile. Pandweshwar Mahadev Temple is famous among local people of this region and numbers of tourists visit this temple for its historical charm.


The Shiva Temples of Jhinjhipahari

The Shiva Temples of Jhinjhipahari is an ancient temple devoted to Lord Shiva and located in Small village of Jhinjhipahari in Baghmara development block of Dhanbad. It takes about 25 minutes to reach this temple from Dhanbad city. This temple was found in the mining grounds of Jhinjhipahari during excavation of mines for minerals in this area. With the passage of time, this temple has become much popular among locals and visitors. Devotees from distant places come here to offer their prayers to the lord Shiva on special days when Lord Shiva is revered and apart from that people visit this temple on auspicious occasions and festivals especially. One can avail local services of cabs from Dhanbad to pay a visit to this temple.

Another famous temple in Dhanbad is Shyam Mandir which is situated at Lal Bazar in Jharia. This temple is dedicated to Shyam Prabhu Khatu Wale and much popular among devotees. It draws lot of crowd throughout the year and people from far and wide come here to offer their prayers and get their wishes fulfilled. One can reach there without any hassle as auto-rickshaws and buses are easily available from Dhanbad to Shyam Temple. So, once in Dhanbad don't forget to pay a visit to Shyam Mandir.