Dhanbad is a hub of coal mines but people residing here exhibit lot of interest in watching and playing sports. Cricket is as popular as football. During the 34th National Games in Ranchi, some of the sports events were also organized in Dhanbad. The National Games were hosted in Jharkhand state from 12th February to 26th February, 2011. Traithlon, netball and squash was played in the Indian School of Mines campus and Officer's club. Rowing, kakaying and canoeing were hosted at Maithon dam in Dhanbad.
There are several stadiums in Dhanbad such as Tata Steel stadium in Digwadih, Nehru stadium in Jealgora and Railway stadium. Ranji trophy matches and many other national level matches have been played here including women's international cricket matches. However, this stadium has now been converted into a cricket stadium by Railways. Another stadium here is Sijua stadium which is well equipped for various sports events. 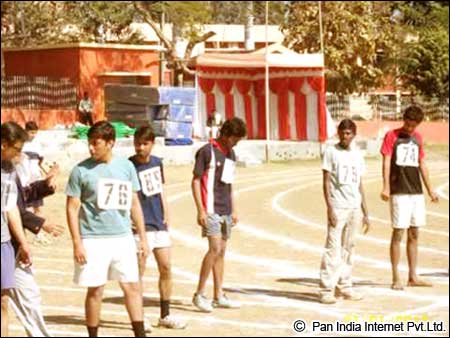 Cricket and football matches are organized in the Upper Ground at Indian School of Mines (ISM). ''Parakram'' is the annual sports meet of this premier college which ensures participation of more than 1,300 sports persons every year. The festival is held in the month of February and is the largest Inter-college sports festival organized in Eastern India. Basket ball, table tennis, boxing, tug-of-war, squash, badminton, squash, volley ball, sports painting competition, roadies, chess, net cricket and adventure sports are some events which are included in this sports festival.
Golf ground in Sardar Patel Nagar caters to the sporting interest of people in Dhanbad. It is also known as Randhir Verma Stadium and is situated near Manoram Nagar. The indoor badminton stadium and Indira Gandhi stadium in Murli Nagar have also been a witness to several sports events. Dhanbad Boating Club near Rajendra Sarovar can bring out the adventurous person in you!
Thus spoke Babe Ruth, ''Never let the fear of striking out keep you from playing the game”. So, what are you waiting for? Put on your sports shoes and head towards one of these stadiums for a sports treat!