Dhanbad city is situated in the state of Jharkhand. Dhanbad District was carved out of Dhanbad subdivision and Sadar subdivision of Manbhum District on 24th October 1956. It became a part of Jharkhand state in the year 2000. It has West Bengal in the East and Southern part, Bokaro towards the West and Dumka and Giridih in the North. Dhanbad district used to be a part of Manbhum from 1928 up to 1956. From 1956 to 14 November, 2000, it was a part of Bihar. At present, it is in Jharkhand state, which was founded on 15th November, 2000. 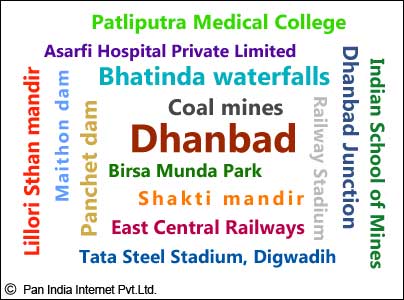 The Damodar river is an important river in Chota Nagpur plateau and it enters Dhanbad district at its confluence with a stream named Jamuria. Katri, Gobai, Khudia and Irji also flow through the district. Maithan Power Station has a generating capacity of 60,000 kwh. There are two large dams in this district. Panchet dam is built on river Damodar. Hydro Power is being generated at Maithon and Panchet.
The red soil found here is, however, is not very fertile for agriculture purposes. Dhanbad is known known for coal mining. It is also famous for institutes like Indian School of Mines and Patliputra Medical College and Hospital. Dhanbad has around 112 coal mines and a number of coal washeries.

Tourist Attractions in Dhanbad include Maithon lake which also has boating facilities and a bird sanctuary and deer park nearby to add to all the fun. Kalyaneshwari temple, Topchanchi lake, Bhatinda falls, Pandeshwar Mahadev temple in Panra, Shakti mandir, Shyam mandir, Lillori Sthan mandir, hot water spring in Chark-khurd, ancient structures and stone image of emperor Ashoka in Gopalpur, Panchet Dam, Birsa Munda Park, Jagannath temple in Dhansar, Shiva Temple of Jhinjhipahari, Bhuphor Mandir and Sir Dorabji Tata Park in Jamadoba  are some lovely places one must visit.
No trip is complete without some shopping! In Dhanbad, Bank More is the main hub for shopping. There are many malls too to add to your shopping extravaganza. These are Sri Ram Plaza, The family Store, Prabhatam Grand, Urmila Tower, Ozone Plaza (with KFC and Domino's), Park Market, City Centre Bartand, Ozone Galleria Mall (with Big Bazaar & Pantaloons), City Style-Dutta Tower, Center Point Mall, New Market and Shristi Plaza. Of these, Ozone Galleria Mall in Saraidhela is the biggest Mall in Dhanbad. It is replete with food courts, showrooms, shops and above all Fame multiplex, which is the biggest in Jharkhand state. Gyan Bharati situated at Joraphatak Road, Dhanbad is one of the oldest and largest shop in Jharkhand for educational books and school uniforms. 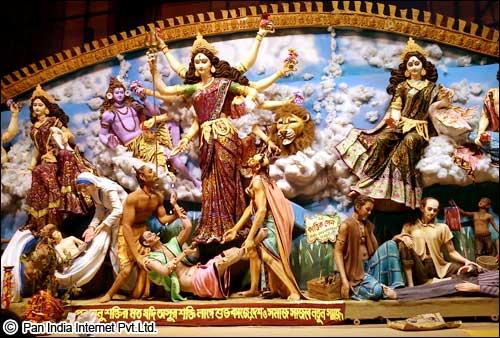