Dhanbad Police has always been vigilant in maintaining law and order and controlling crime and naxal activities. Their priority has been establishment of harmony and peace. Mahila Police Stations, eve teasing cells, community policing, employment schemes, sports tournaments and health camps etc. organized in villages from time to time, have made them win the confidence of people. Coal racketing is another area where stringent laws and their enforcement is required and the police has always aimed for safety and security of people. 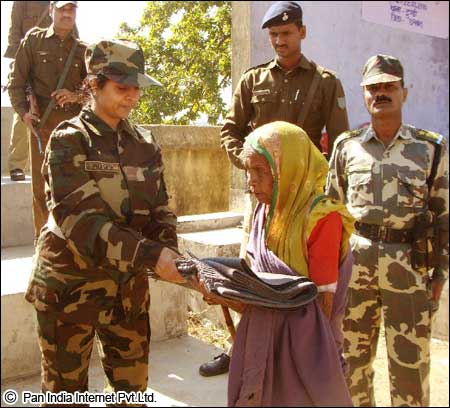 Since the northern part of Dhanbad district shares its borders with Giridih district, the dense forests and hills serve as advantageous terrain for extremist activities. Dhanbad Police has taken all precautionary measures to protect the citizens by fortifying out posts and pickets with boundary walls, trenches and barbed wires. Requisite number of police personnel have been deployed in these Police Stations.
Efficient patrolling and planned preventive measures have proved beneficial to curb crimes. Checking of vehicles, awareness drives and constant vigil have also reduced the number of road accidents. Besides Police Stations, there are out posts in the towns which are under Police Stations. These aid in proper surveillance, patrolling and crime prevention but are not investigating centres.

Out Posts and Police Stations in Dhanbad: