Dhanbad district in Jharkhand, was at one time, part of Manbhum district. Emperor Akbar had gifted this territory to Raja Man Singh in recognition of the latter's victory in a battle. This is how it derived its name ''Manbhum''. However, since it was extremely vast, it was further divided into Birbhum, Manbhum and  Singhbhum for efficient administration. The Dhanbad district was constituted on 24th October,1956. 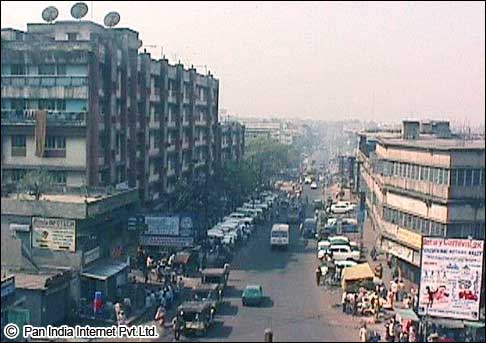 This part of Chota Nagpur plateau witnessed influx of human settlement in the later part of 19th century. The region has been  referred to in the travelogues of famous Chinese traveler Huein Tsang who has mentioned about the rule of a powerful king Sasanka over this region and neighbouring areas.
Scientists and researchers arrived too, in order to explore the abundant mineral reserves of the region. Among the business community, Kutch Gurjar Kshatriyas (Kutchi Mistris) were the first to come here. They were skilled in construction work and developed Dhanbad Sadar and adjoining regions of Baliapur, Gobindpur, Baghmara, Sindri and Jharia.
Since its constitution in 1956, Dhanbad was a part of Bihar State. Later, with the formation of Jharkhand state on 15th November, 2000, it became a part of this new state. Today, Dhanbad district has just one sub-division namely, Dhanbad Sadar. The 8 Blocks are Jharia, Baghmara, Dhanbad, Nirsa, Govindpur, Baliapur, Tundi and Topchanchi.
Much later, in 1991, Bokaro district was carved out from Chas sub-division of Dhanbad district and Bermo sub-division of Giridih district. Tatas arrived here around the year 1910 and undertook coal mining in this area. Bhelatand Coal Mines was the first coal mine leased to Tata Group in 1910.
Today, Dhanbad is growing at a fast pace not only in the coal mining sector, but also in diverse fields such as power generation, fertilizer production and cement manufacture.