Dhanbad has an abundance of coal, also known as the black diamond. This has brought together people from far and near areas to work in various industries based here. The Tribals, Bengalis, Biharis, Gujaratis, Punjabis, Rajasthanis, Tamils and Malyalis all live as an extended family, celebrating all the festivals. It is a true cosmopolitan culture here. The local dialect of this place is Khortha, though people speak many other languages as well. English is the connecting language in work places (industrial offices).
The people of Dhanbad enjoy the festivals celebrated here. Festivals are times for entertainment and fun for people residing in Dhanbad. They also mean taking a break from their daily busy schedule and rejoice while connecting with each other through traditional music and dances. For instance, the decoration of Durga puja mandap is mesmerizing. Many Durga puja pandals are decorated with various themes as an underlying statement. These serve as makeshift temples for offering prayers as well as educate people on some important social theme. Karma, Charak puja, Vishwakarma puja, Saraswati puja, Durga puja, Chhath, Eid, Holi, Muharram, Guru Purnima and Christmas are celebrated by one and all. People wear new clothes and offer sweets.
Dance and music are also another source of entertainment for the people of Dhanbad. Traditional dances are Bheja dance, Janani Jhumar dance, Mardana Jhumar dance, Phagua dance, Sarhul dance, Paika dance and Karma dance among others. Dances are performed in a group, comprise of very simple steps, group songs are sung loud and clear and generally relate to freedom struggle or love stories or are songs praising the nature. Narsingha, bheir, shahnai, nagara and dhak are traditional drums which accompanies the performers.
There are a number of parks and spiritual places in Dhanbad. People take out time and go out to rejuvenate with their families. From enjoying the sight of colorful birds in the bird sanctuary or boating a midst the natural cover of green trees, inhabitants of Dhanbad have quite a few places to chill out. Maithon is the most popular picnic spot of this place. Just close to this park is Maa Kalyaneshwari mandir. 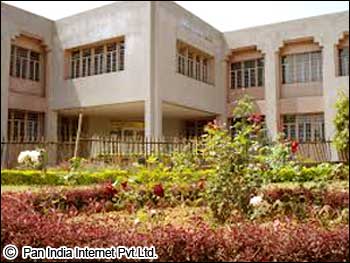 When it comes to shopping, there are quite a number of shops where you get best bargain for your money! Bank More is the central hub for shopping. Ozone Galleria (biggest mall in Dhanbad), Ozone Plaza, City Centre Bartand, City Style, Sri Ram Plaza, The family Store, New Market, Prabhatam Grand, Centre Point Mall, Shristi Plaza etc. are some of the malls very frequently visited by everyone. These malls have state-of-the-art shops of top brands. These house much loved Big Bazaar, Pantaloons, KFC, Domino's along with food courts to satisfy your taste buds and PVR Cinema Multiplex too! Fame, which has the distinction of being the biggest multiplex in Jharkhand, is housed in Ozone Galleria Mall. It flaunts a 4 screen multiplex with a  seating capacity of nearly a thousand people!

Other source of entertainment for people in Dhanbad are TV, radio, newspapers. People are well informed, thanks to a long list of newspapers in the coal capital. Hindi newspapers are published from Dhanbad itself and keep the people abreast with local developments. The elderly sit in the parks and discuss important events of regional and national importance. Prabhat Khabar, Dainik Jagran, Dainik Bhaskar and Dhanbad Bokaro Live make for regular reading. They serve to inform, entertain and advertise new products and general report about various fields.
The population residing here is no less a movie buff either! Entertainment includes watching movies in cinema halls. People are fond of watching regional as well as Bollywood movies.

All India Radio (Vividh Bharti) is available at 101.8 Mhz. Then there is FM Radio for complete entertainment offered by media. This service is available from Vividh Bharti service of All India Radio at 101.8 MHz.. The relay station for doordarshan is situated near Koyla nagar. Antarkatha Vision News is the local channel and reaches out to people as far as Bokaro, Hazaribagh, Koderma, Lakhisarai and Chatra. Another channel named Divine News broadcasts programs to half a dozen districts in Jharkhand.


Sports is also an entertainment source for the people. Dhanbad  has been a venue for a few sports during 34th National Games held at Capital city Ranchi. ISM Campus and Officer's club were witness to triathlon, netball and squash while events like rowing, kayaking and canoeing were held at Maithon Dam. So, it is quite evident that people in Dhanbad love sports, especially cricket and football. Ranji Trophy matches and Women's International Cricket have been organized in Railway stadium. Other stadiums include Sijua stadium, Tata Steel stadium in Digwadih and Nehru Stadium in Jalgora.