* In case of any delay in receiving the OTP, you may verify it later. Please proceed without verification.

Birsa Munda park is a famous tourist attraction of this coal capital. This can be gauged from the fact that nearly 300 tourists belonging to all age groups visit this park every day. The number is higher during festive seasons and vacations. This park is spread across 21 acres of land and has been developed by MNREGA. Plantations, landscaping and construction was carried out by MGNREGA (Mahatma Gandhi National Rural Employment Guarantee Act) and a totally barren land was transformed into a beautiful park. This park is the joint efforts of MGNREGA, RSVY (Rashtriya Sam Vikas Yojana), Tourism department, SGSY (Swarnajayanti Gram Swarozgar Yojana) etc. 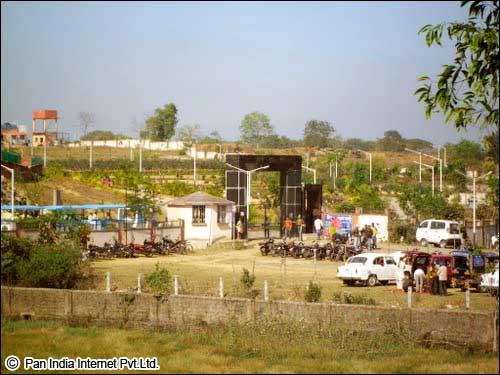 There are varieties of plant species in the park to see. Colorful birds add to the glamor just like the laughter of happy children playing in various corners of this park.
This park has been named after Birsa Munda, the legendary freedom fighter and tribal hero from Jharkhand. He spearheaded the struggle for independence against British colonialism.

Amongst the major attractions in the park the toy dragon train ride is a big favorite among kids. There are walk way, leisure area, 'bhul bhulaiya', green lawns, canteen and umpteen rides for kids.The large main gate appears is lavishly built and is welcoming. Just beside the main gate are the ticket counters. In future, Giant wheel, striking cars and merry-go-round for children are in the anvil.
It was a historical day when the park was inaugurated, it was grand and was attended by more than 500 people.

How to Reach Birsa Munda Park:

The park is located at a distance of 8 kms. from the railway station and 2 kms. from the airport. if travelling on road, you can take the G.T road via Govindpur and reach this magnificent park.

Entry Charges:
Rs.10 for Adults and Rs.5 for children.
Parking Charges:
Rs.10 for two wheeler vehicles and Rs.20 for four wheeler vehicles.
Other Charges:
Rs.50 for hand camera and 100 for video camera.
Three more such projects namely:
There is a similar park in Jamshedpur known as Nicco Amusement park. Priyadarshani park or 7-lakes park is another park in Dhanbad but due to lack in maintenance services the park is deteriorating. The Birsa Munda park is one of its kind in whole of Dhanbad. It is indeed a place where playfulness, education, leisure and cheerfulness join hands!