The Coal Capital of India, Dhanbad City is the administrative headquarter of Dhanbad district. Earlier, Dhanbad was part of Manbhum district and became police district of Manbhum district in 1928 having its headquarter at Purulia (comes in West Bengal now). It was declared a district on 24th October 1956 on recommendation of the State Reconstitution Commission vide notification 1911. Dhanbad district was in undivided Bihar before it came into newly formed Jharkhand state of India on 15th November 2000. 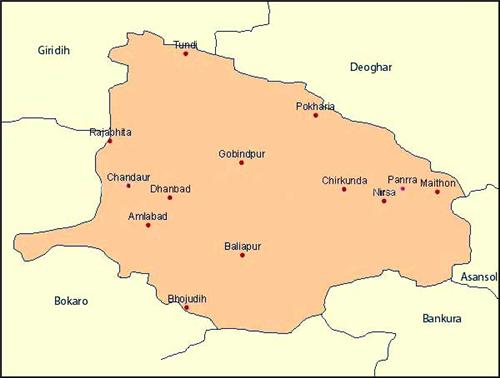 Dhanbad consists of one parliamentary constituency (07- Dhanbad) and six legislative assembly viz. Sindri (38), Nirsa (39), Dhanbad (40), Jharia (41), Tundi (42) and Baghmara (43). It has only one sub division named Dhanbad Sub Division or Sadar Dhanbad. Dhanbad district consists of eight blocks viz. Dhanbad, Baghmara, Baliapur, Govindpur, Nirsa, Jharia, Tundi and Topchanchi. There are total 1348 villages and 383 panchayats in these blocks. Dhanbad is the police district since 1928 and has 17 parent Police Staions, 23 Out Posts and 12 Subsidiary Police Stations. Besides, it has Dhanbad Nagar Nigam and Chirkunda Nagar Panchayat.

At present Dhanbad is one of the most famous districts of Jharkhand state and has been ranked as 96th fastest growing city in the world. It is far famed for its coal mines and major industrial establishments. Dhanbad District Administration has also bagged the prestigious United Nations Public Service Award as second place winner in 2013 for improving the disbursement of pensions. Over the time, Dhanbad has emerged as one of the busiest commercial hubs in eastern part of India.

Dhanbad district comprises of six legislative assemblies which are:

Member of Parliament (MP) in Dhanbad 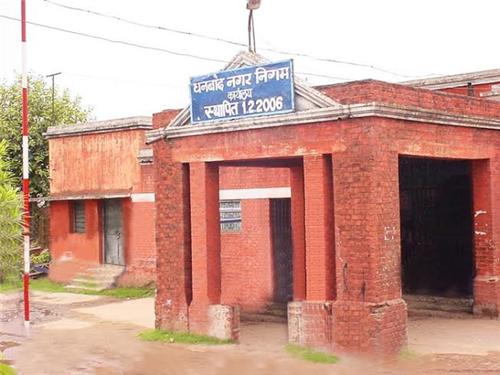 Dhanbad Municipal Corporation, commonly famous as Dhanbad Nagar Nigam governs city and takes care of proper development of entire city. It was formed by consisting Urban Settlements (32 towns) and 258 villages on 1st February 2006 as per notification vide establishment/ formation – 101/ 5534/ Urban Development area. It governs Dhanbad district and covers 355.77 sq. km area. It takes care of infrastructure of city and community welfare providing systematic and regular facilities in a proper way. It manages fiscal resources and ensures proper development of the city by well-planned development work on regular basis. It works on proper development of education and infrastructure, revenue generation in the city. It provides health care, water supply, power supply services and looks after whole city and works consistently on keeping it well maintained and progressive.

Police Department of Dhanbad district is responsible to maintain law and order, control crime and naxal activities in the district, establish peace and harmony in the society, provide safety and security to the residents of the district. Northern part of Dhanbad district generally faces extremist activities and this area consists of Tundi P.S., Topchanchi P.S., Hariharpur P.S., Rajgang P.S. and Barwadda P.S. out of which Tundi and Topchanchi P.S. have been declared as high sensitive and Barwada, Hariharpur and Rajganj P.S. have been put in less sensitive category.

Thus, two pickets namely Pokharia and Benagaria have been especially established under Tundi police station for controlling these extremist activities in this area. Along with, Dhanbad Police is working for winning confidence of people by community policing and also working for encouraging rural youth of naxal affected areas to contribute in ongoing process of development in such areas.

Jharkhand High Court manages the jurisdiction of Dhanbad. A separate judgeship of Dhanbad was created on 01.11.1956 and Sri R. Saran was the first District Judge of Dhanbad. Dhanbad District Court is the judiciary body looking after law and order in the district. Civil Court Dhanbad and Family Court are other courts in Dhanbad district. Hon’ble The Chief Justice R. Banumathi is the present Chief Justice of Jharkhand High Court and Sri Satyendra Kumar Singh is the Principal District Judge of Dhanbad.