Dhanbad District Administration has the coveted distinction of bagging the United Nations Public Service Award in 2011. This award came in the wake of e-initiative  due to which pensioners could receive payment online without any delay and hassle. 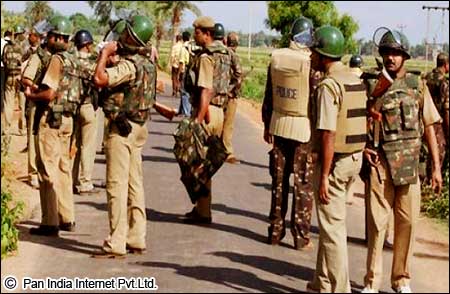 As far as administration is concerned, the Deputy Commissioner is at the helm of affairs, overseeing developmental affairs of the district according to five-year plan and also manage the law and order situation in the district. Administration includes implementing government schemes and co-ordinate efficient functioning of various departments. Other officers who assist in planning work and general administration are district development officer, deputy collectors, district welfare officers, district public relations officer, district statistical officer, block development officers, senior medical officers, executive engineers, district agriculture officer and district education officer. All of them work with the common aim of uplifting the standard of lives of people and steer the district towards self reliance and steady success.
Dhanbad district has been sub-divided into 10 Blocks-cum-Anchals which cover specific village. The name of the Block is after the village headquarters. The projects are scrutinized by Block Development Officer who is assisted by personnel from diverse departments such as medicine, animal husbandry, statistical supervision etc. Concerted efforts with added support of people lead to success of projects the Block Development Officer is entrusted with.Officials of District Administration conduct awareness programmes, use pamphlets and banners, screen documentary films on disaster management, safety on roads etc.
Dhanbad district was constituted in 1956 by carving out the old Dhanbad subdivision, Chas and Chandankiyari police stations of the Sadar  subdivision of the erstwhile Manbhum district. In 1991, a part of  Dhanbad district was sliced away and Bokaro district was formed.